Sunday Independent:  Who is buying in Wexford?

Home » Sunday Independent:  Who is buying in Wexford? 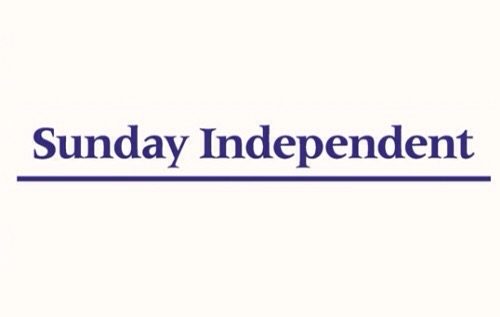 When An Taoiseach and the housing minister launched their ‘Ireland 2040’ report last month, it made for tough reading in many parts of the country. All talk of decentralisation falls flat when you consider the trend towards not just urban living, but Dublin living, over the next two decades. With 75pc of all population growth set to take place in and around the capital, it is inevitable that what is considered ‘Dublin’ will spread beyond the county borders.

Of course, my home county of Wicklow has long been considered an extension of Dublin for commuter families. The opening of the M11 motorway has brought more rural spots like Ferns and Carnew, and parts of Co Wexford, Gorey, in particular, into this catchment area.

Potential home buyers who work along the southside M50 are finding the 45-minute journey south through the ‘garden county’ a more convenient option than battling through daily traffic to affordable northside suburbs.

With works now underway on the Enniscorthy bypass, we will start to see potential buyers moving even further down, seeking better value.

When we think of rural buyers, we tend to think of the speculative residential investors who drove early recovery in this area since 2012 or first-time buyers, who are feeling well-supported by the State and their lenders right now.

However, the surprising analysis of enquiries and site visits to our latest development, Gleann an Ghairdin in Gorey, showed that re-locating or returning couples and families are the most dominant class of buyer for the three-bedroom, newly-built houses.

Many of these left during the recession but are ready to return home over the next few years as they now see a future in Ireland once again.

First-time buyers are coming in as the second most prevalent buyer but investors are not so common.
One trend experienced across South Wicklow and North Wexford at the moment is the further increase in cash buyers. Two years ago we were seeing cash purchases account for anywhere between 50 to 60pc of all residential transactions; this month only 23pc of our buyers are securing mortgage lending, with the remaining 77pc buying outright.

Among this latter group, we are seeing maturing pensions, inherited money and buyers of a certain age simply down-sizing or returning to the sunny south-east with quite substantial nest eggs.

Another noticeable trend is the return of holiday home buyers; mainly Irish and living elsewhere in Ireland, these purchasers have no intention of renting the property – except for the occasional Airbnb – and are not considered to be investors. They are simply seizing the opportunity to buy an affordable bolt-hole, relatively close to home.

This might have something to do with the regional climate; as the sunniest county in Ireland, we boast an average of 4.38 hours of sunshine per day – perhaps best not to put that into the property warrantees.
Michael Kinsella is managing director of Kinsella Estates